I’ve been an iPhone user since it’s first release back in January 2007 and over time I’ve downloaded and tried my fair share of free and premium apps some of which were short lived while others have established themselves as long time favorites.

Now out of the many apps which I’ve tried a pretty large percentage would have to be photography based, I love the flexibility that the iPhone has brought to the mobile photographer and my latest download really shines.

Over the Halloween weekend I downloaded the Apple app of the week Instagram which according to their website boasts “Fast beautiful photo sharing for the iPhone”.

I have throughly enjoyed this app from the moment I started using it and as the old saying goes “It does exactly what it’s says on the tin” the basics are that the app allows you to take photos using your iPhone’s camera and then choose whether to keep the photo in it’s original state or apply any one of the twelve filters to the photos (each filter applies a different visual effect to your photo). Once your done taking your photo, picking your filter you then have the option to share your photo on the Instagram network along with several different social networks such as Facebook.

This app has definetly shot to the top of my most used in just a short period of time, it’s simple, effective and produces great photos so if you own an iPhone go ahead and check it out.

Here’s a few of my recent photos: 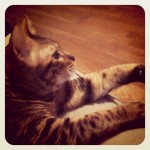 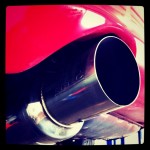 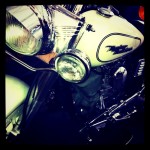